If needed trim back any pieces of meat or blood out of the lard.  The bricks from Sandy Brook Farm did not need any trimming back. 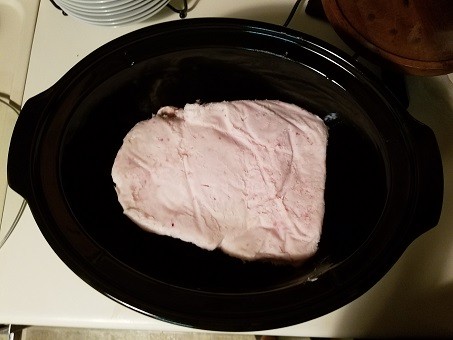 Add water and lard into the crockpot. 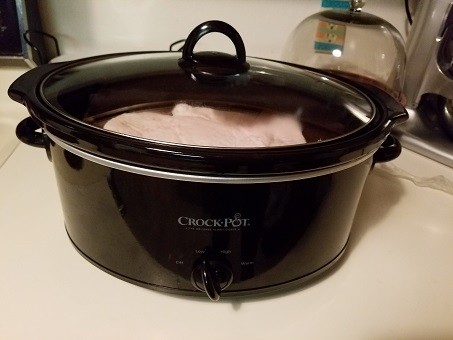 Put lid on crockpot and set on low 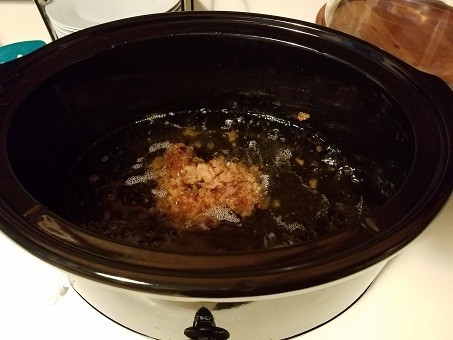 After about an hour when lard starts to melt stir every so often until the lard is completely melted and there is a low boil.  The meat will be separated from the lard and it’s finished. 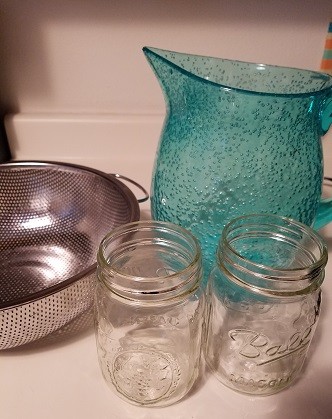 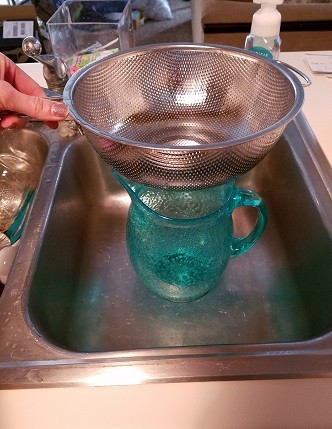 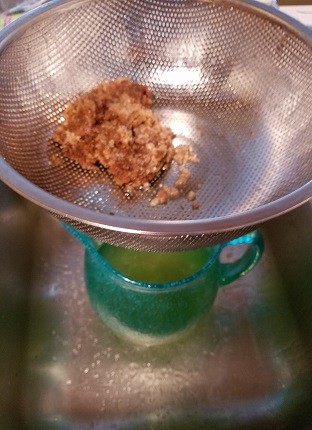 Strain the lard over the sink so if there is any over spill it is an easy to clean up.  Also, strain it into a pitcher to make it easier to pour into storage containers.  If there is a lot of blood or small part of meat in the lard you will want to use a cheese cloth with the strainer. 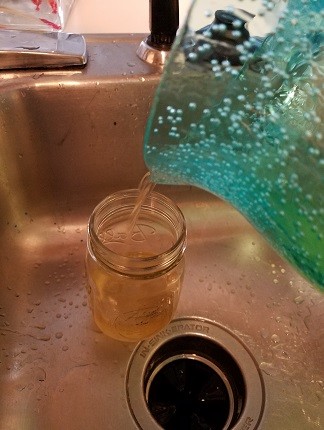 Pour lard into a mason jars, this way it is easy to store and easy to use. 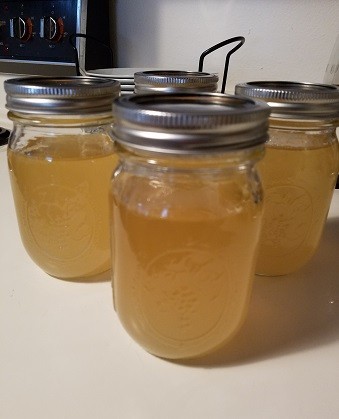 Store in the refrigerator or freezer and use in any recipe that calls for oil. 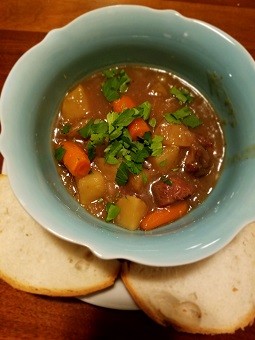